The government has so far received pledges for just over half the funds needed to help develop the road, airport and railway projects planned in a US$327 billion pipeline, latest government figures show. Just US$15 billion has come from the state budget, with the bulk committed by private investors, including from China.

Mr Joko needs outside money for his nation-building programme after government revenues were battered by the end of the commodities boom and as tax compliance remains poor.With China making a massive push to build infrastructure and new trade routes across Asia through its Belt and Road Initiative, the world’s second-largest economy looms large as an obvious backer for Mr Joko’s plans.

“In reality, there is only handful of countries with a surplus of money,” Mr Rainier Haryanto, the programme director of the Indonesian government’s Committee to Accelerate Priority Infrastructure, said in an interview in Jakarta.

“The US, they are in debt. The Japanese, they are also in debt,” he said, but the Chinese have the money to lend. “At the end of the day, cash is king.”

As South-east Asia’s biggest economy continues to struggle for revenue, Mr Joko’s government is leaning even more on the private sector.

It is estimated the state budget will be able to fund only about US$25 billion of the projects that are yet to start, while Indonesia’s legions of state-owned companies will account for some US$48 billion.

About US$83.5 billion will have to be put up by the private sector.

The World Bank says Indonesia has a US$1.5 trillion infrastructure gap compared with other emerging economies.

A lack of good roads and transport corridors across the archipelago – a string of more than 17,000 islands – are adding to logistical barriers and driving up costs for business.

Of Mr Joko’s pipeline of 245 projects, just six have been completed since the programme started in 2016, at a cost of US$976 million, according to Mr Haryanto.

There are a further 145 under construction, documents show.

“They are making good progress and momentum is building, considering that they had a relatively slow start,” said Mr Euben Paracuelles, senior economist for South-east Asia at Nomura Holdings in Singapore.

Even with the financing secured, projects have to overcome red tape and regulatory burdens. The US$6 billion Jakarta to Bandung high-speed rail, billed as a showpiece of Mr Joko’s plans, starkly illustrates the challenge.

The project has all but ground to a halt after becoming tangled in Indonesia’s infamous red tape. While construction was meant to begin in August 2016, only around half of the land needed for the 142km railway had been cleared as of September last year. 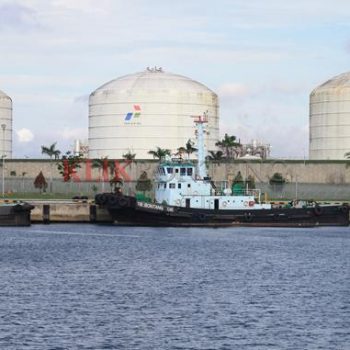